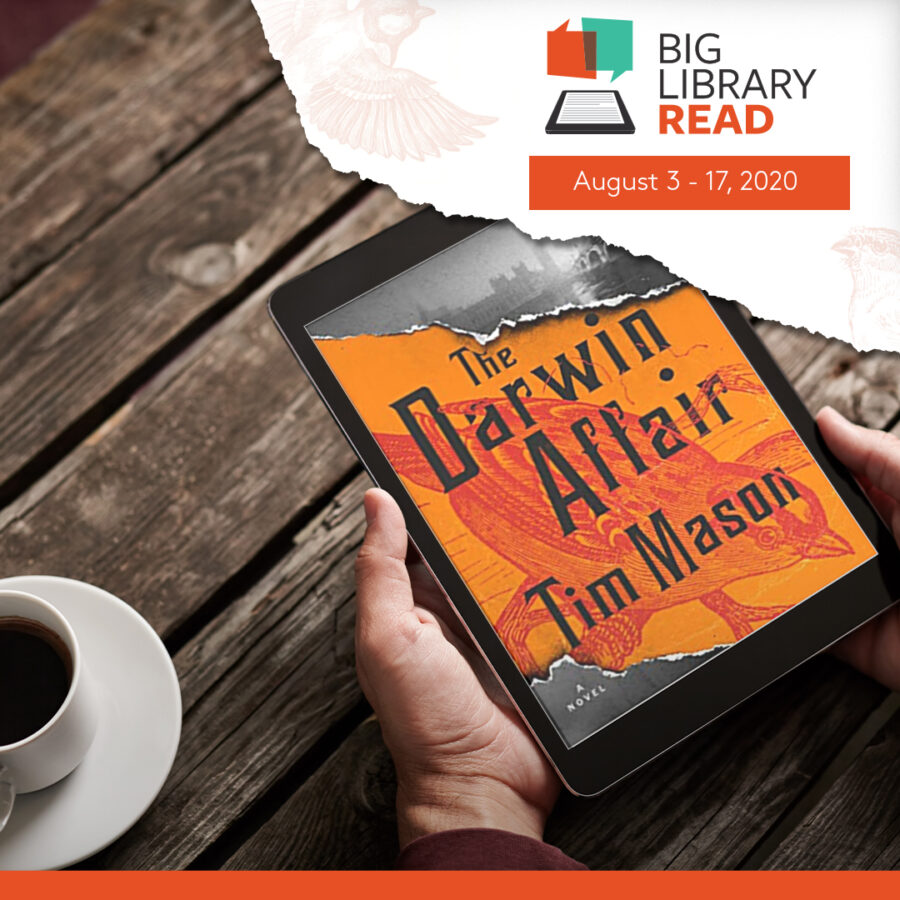 Visit HCPL’s digital collection to borrow The Darwin Affair by Tim Mason with no wait lists or holds.

About The Darwin Affair

London, June 1860: When an assassination attempt is made on Queen Victoria, and a petty thief is gruesomely murdered moments later—and only a block away—Chief Detective Inspector Charles Field quickly surmises that these crimes are connected to an even more sinister plot. Was Victoria really the assassin’s target? Are those closest to the Crown hiding something? And who is the shadowy figure witnesses describe as having lifeless, coal-black eyes?

Soon, Field’s investigation exposes a shocking conspiracy in which the publication of Charles Darwin’s controversial On the Origin of Species sets off a string of murders, arson, kidnapping, and the pursuit of a madman named the Chorister. As the investigation takes Field from the dangerous alleyways of London to the hallowed halls of Oxford, the list of possible conspirators grows, and the body count escalates. And as he edges closer to the Chorister, he uncovers dark secrets that were meant to remain forever hidden. Tim Mason has created a rousing page-turner that both Charles Dickens and Sir Arthur Conan Doyle would relish and envy.

Previous PostRequest your absentee ballot for the 2020 Gen...
Next PostUpcoming online Naloxone training for Harriso...