Raising a Ruckus: coming to a device near you 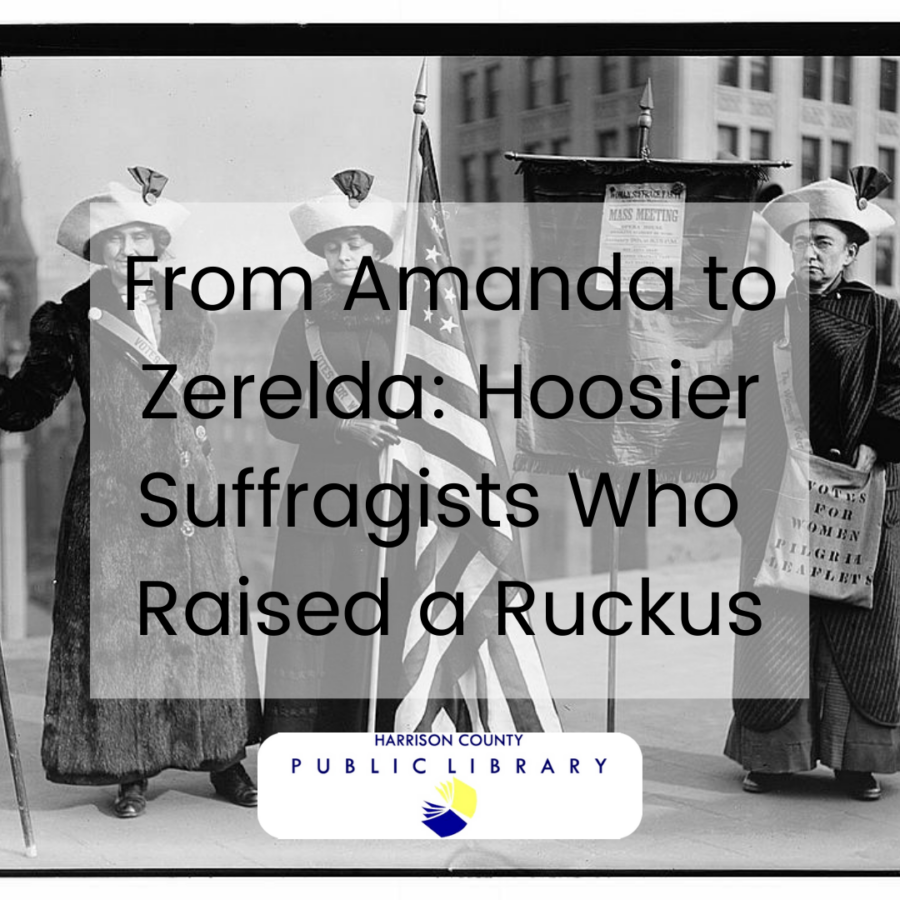 At first glance, the meaning behind that statement is simple enough, but the real story goes much deeper. In Indiana, almost seventy years passed between the first calls for women’s voting rights and the passage of the 19th Amendment. Though momentous, 1920 is just one milestone in a long and ongoing journey, and access to the voting booth is just one part of what it means to be an equal part of the democratic process.

Explore this chronological history of women’s suffrage in Indiana on April 20, 2021, at 12:30 pm virtually from your favorite device with access to Facebook!  Join in on HCPL’s Facebook page to view the live virtual presentation “From Amanda to Zerelda: Hoosier Suffragists Who Raised a Ruckus” by Marsha Miller, a member of the Indiana Women’s Suffrage Centennial’s Speaker’s Bureau.

Marsha Miller has taught more than 4,800 information literacy sessions at Indiana State University from 1985-present and coordinates library social media. Her degrees are from Central Michigan University (History) and the University of Michigan (Library Science). Since 2012, as a member of the League of Women Voters of Vigo County, she has served on the steering committee for the annual celebration of Women’s Equality Day. She has created biographical badges of suffragists and collected the songs that they sang when they gathered and marched. She currently serves as the Indiana president of the American Association of University Women, which was founded in 1881. She plays the clarinet and is known as the “Purple Librarian.”

This virtual program was made possible through a grant from the Indiana Women’s Suffrage Centennial, Lilly Endowment, Inc., and Hillenbrand, Inc.

For more information, call the the Frederick Porter Griffin Center (FPGC) for Local History and Genealogy at 812-738-5412. 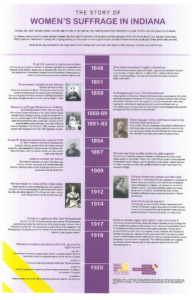 Click image to see the Story of Women’s Suffrage in Indiana.