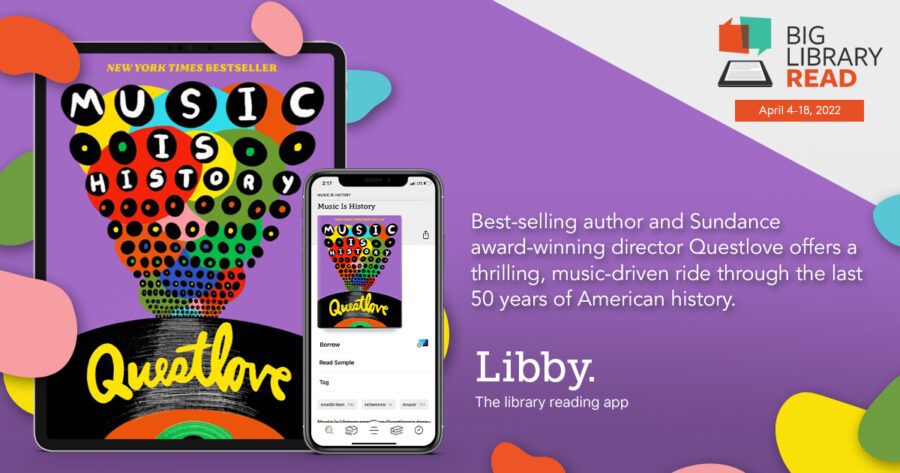 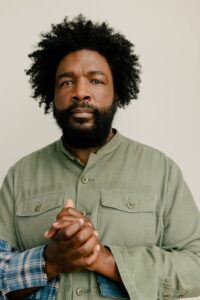 From April 4 – April 18, readers all over the world will be able to check out the eBook and audiobook of Music is History by Questlove without waitlists or holds. Click here to access the title through HCPL’s OverDrive collection. Music Is History combines Questlove’s deep musical expertise with his curiosity about history, examining America over the past fifty years. This past Sunday, Questlove won the best documentary feature Oscar for his film Summer of Soul about the Harlem Cultural festival of 1969.

Join the conversation online by using the hashtag #biglibraryread on social media for a chance to win a pair of Airpod pros! There is a discussion board available where you can chat with other readers.

Music Is History combines Questlove’s deep musical expertise with his curiosity about history, examining America over the past fifty years.

Focusing on the years 1971 to the present, Questlove finds the hidden connections in the American tapestry, whether investigating how the blaxploitation era reshaped Black identity or considering the way disco took an assembly-line approach to Black genius. And these critical inquiries are complemented by his own memories as a music fan, and the way his appetite for pop culture taught him about America. A history of the last half-century and an intimate conversation with one of music’s most influential and original voices, Music Is History is a singular look at contemporary America. 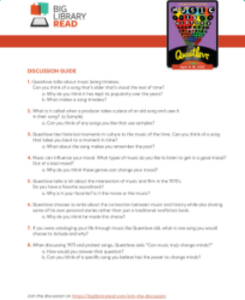 Questlove Executive-Produced the acclaimed documentary series, Hip-Hop: The Songs The Shook America on AMC under his production company, Two One Five Entertainment which recently announced a first-look deal with Universal Television to develop scripted and non-scripted programming. He made his directorial debut with the Academy Award nominated feature documentary Summer of Soul. The film premiered at the 2021 Sundance Film Festival, where it was awarded the Grand Jury Prize and Audience Award for Best U.S. Documentary. The film most recently broke the record for the highest selling documentary to come out of Sundance. Questlove is also set to direct the upcoming feature documentary on Sly Stone.