Staff book review: “The Matriarch: Barbara Bush and the Making of an American Dynasty” 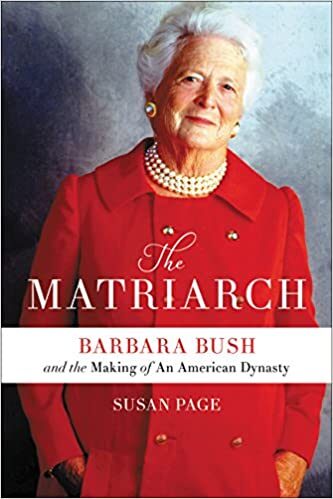 Debi Strubler, circulation assistant at the Main library, wrote the following review of The Matriarch: Barbara Bush and the Making of an American Dynasty by Susan Page.

This title is available to download as an eBook from OverDrive. If you do not have an HCPL library card, OverDrive offers a free digital access card using your mobile number. 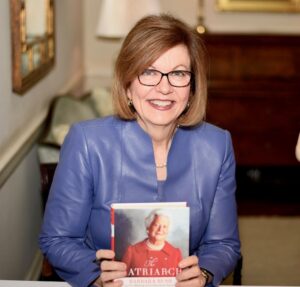 I read this book because I wanted to know more about this iconic woman who not only saw, but advised, both a husband and a son as Presidents of the United States. I always wondered why she was a bit brusque and sarcastic; hidden behind the signature white pearls was a very complex and underestimated First Lady. Ms. Page begins the journey with Barbara Pierce Bush from her childhood in Rye, New York and ends the journey the last six months of her life. Perhaps the sarcastic attitude developed at an early age when she received multiple criticisms from her mother all through her childhood, or it could have been the sudden loss of Robin, her three-year-old, who was taken from the Bushes by the disease of leukemia. Both Barbara and George H. Bush never recovered from this loss. In diary entry after diary entry, Mrs. Bush writhes in pain from losing her baby daughter. She suffers bouts of depression from losing Robin and living through an unfaithful husband episode. Her depression almost brought her to suicide. Despite the many setbacks in her life she became one of the most beloved and respected First Ladies. She not only contributed to the political strategies of her husband’s and son’s presidencies, she brought love and compassion to HIV/AIDS victims. One of her main contributions during her life was how she emphasized the importance of literacy in our country. In closing, she was sassy and classy!